"When Nos Honks lets their instruments meet they create a whirling storm as well as a gentle summers breeze." 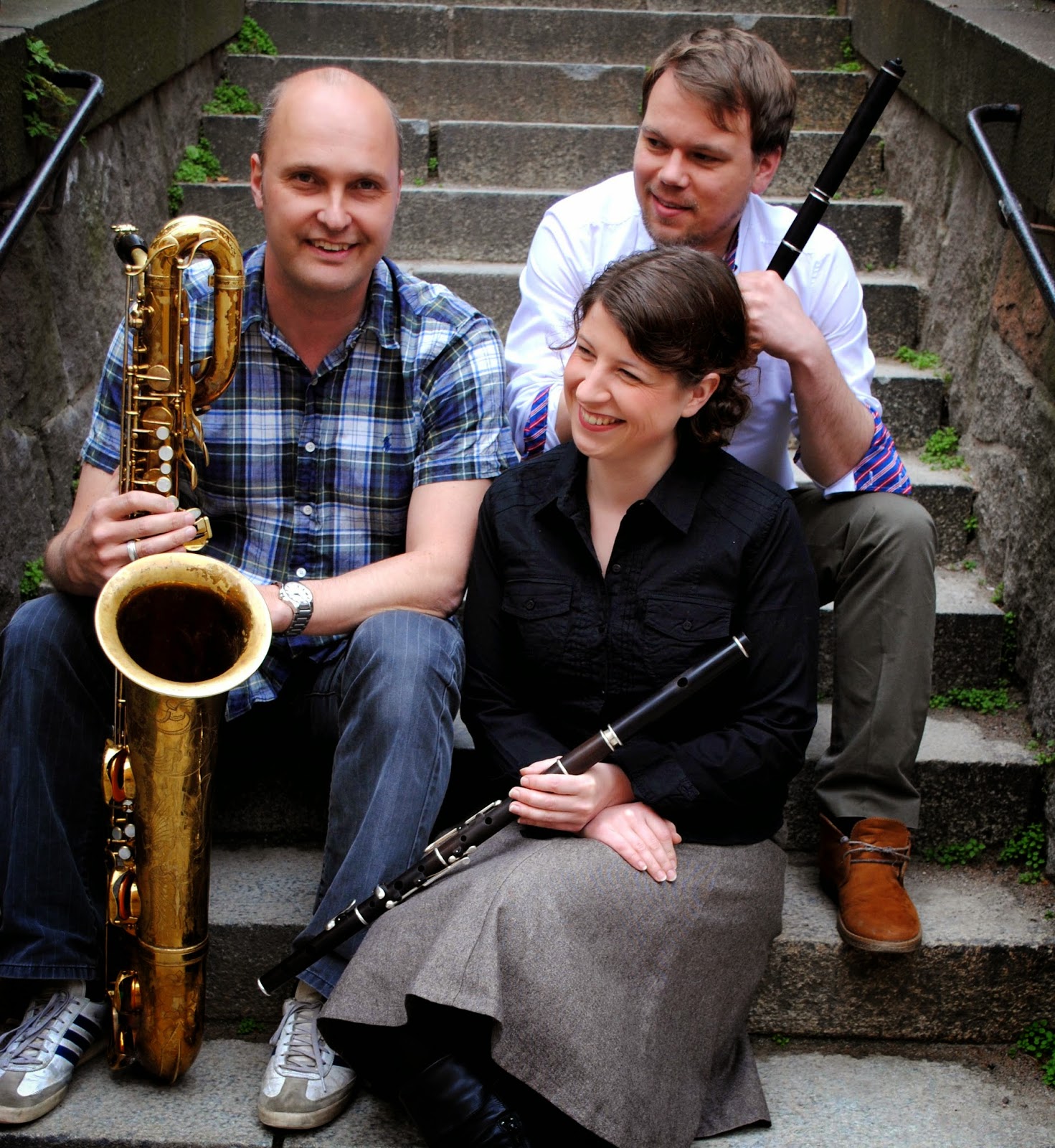 Jonas Knutsson (saxophones), Anna Roussel (wooden flute) och Markus Tullberg (wooden flute) are the musicians behind the name Nos Honks. They have made a deep journey into each other’s musical backgrounds and created a world of sounds that connects to traditional music from Sweden, Brittany, Ireland nut also reaches beyond genres and borders. A central theme for Nos Honks is the balance between the thoughtful arrangements and the space for improvisation. The music never sounds the same and key is a close communication and a living repertory.

Jonas Knutsson
As one of the most renowned saxophonists of the Swedish jazz scene,
Jonas has been a very influential musician for the last two decades. His
activities in folk music has been both groundbreaking and trendsetting,
and with a firm touch, he has been involved in establishing the
saxophone as an obvious folk music instrument.

Anna Roussel
Wooden flute player from Brittany, who fell in love with Swedish folk
music and moved to Sweden 2006. Through her deep and expressive
musicality, she rapidly put a mark on the folk music map of Sweden as a
member of Skaran among other things.

Markus Tullberg
Curiosity has always been a key word for Markus and his relation to the
flute. It has led him deep into the Swedish flute tradition, which he
explored with Ralsgård & Tullberg's duo amongst other. His attachment
to the Irish music has brought him to the green island, where he has
lived and played music for periods of his life.